loading ...
All drawings © Hamster. Variations and MultiDraws © by their respective contributors. 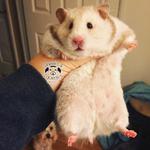 The only mistake I made was putting trust in you, when you presuaded me into it. Your gross and your manipulative. You asked for this to begin with when you left that comment on this profile, pretending to act like a victim. If no one cares why are you coming back to comment on the subject again? Admin are paying very close attention to you they read every comment on this profile. Even after all the things people reported about you. Go back to sexting Calliprose while I expose you like the garbage that you are along with the rest of your heap of trash friends. If its drama you want we can do it here. You need an entire group to speak for you. Thats pretty pathetic of you. How about more thinking and less jerking.

He pretends to be someone else and has done so since he created this account to become closer to me to begin with to gain more information about me" with all the evidence held in place he clearly knows how to maipulate people.

He denies all alligations yet its obvious its him.

Taric allegedly claimed they dont speak English only Spanish. They're supposedly from "Spain". Yet here they are writing English he speak it pretty well too:

They still have the audacity to contact me. Either in this last screenshot hes trying to look innocent or they think Im stupid

Just incase anyone is curious ill keep this list up of their alternative accounts and their toxic friends since they contributed in the harrasment and some still wont leave me alone:

Cicada/Jamel/Shush/Geiston/Gun/Joe92/Sexologist/Pawn/Jh0nny/Saiph/Popthat/Badsheep/Info/Lnfo/Cock/TaricIsBanned/TaricIsLove/TaricIsLove2/TaricIsLove3/Billiebobthe3rd/Bee/guest - (The one who started the BS to begin with) There were more names but I cant remember all 30 accounts he made just to spread posts and screenshots of me to make me look bad then used my old username to pretend to be me to sext minors. Most of you probably remember Jamel well It seems cicada and jamel were the same user all along. That user from a few years ago who kept sexting random users.(He spoke french) Also I never met this person in person if they tell you we were boyfriend or girlfriend well turns out they're lying. Also Taric is another account of his he made it just to get close to me and even pretended to be suicidal. He draws many racist references on that account. (Like Holocaust references) It all adds up he made fake statements with my old username saying racist things about Jews. And reported to admin that I was saying slurs about Jews. Also he even went as far as to create a fake instagram account to pm me and used that as evidence, And stalked on my followers. Watch out for this guy He could be a predator. He'll make a new account with a new persona everytime. Also he seems to not have a life cause all hes been doing for the past month(years) is harrass girls he sext on the internet. Hes been sending screenshots to calliprose of all the conversations I have on here with other people thus how she came up with the insulting names as guest. He'd be the kind of guy to abandon his gf/ wife during an abortion not that he can cause hes a loner.

This person treated me differently after cicada shared all the business he saved. Not that it changed anything she already knew what he did and still acted on defending him. They sext other people secretly yet like to slut shame others?? Even after that she still defended a blackmailer. She defends toxic people if not shes toxic herself.

Ah yes Blarney He treated me differently after cicada had shared screenshots of whatever nonsense he had to say about me just to gain clout. But also I pushed them away, they called me a "paranoid bitch" because I had asked them if they had any saved photos of my face all while accusing me of harrassing users and causing drama.

This person secretly went around sexting a minor within the group but then went around lying that I was skyping with em. First person I met on here we were friends till they started turning all their conversations sexual. Then used it agaisnt me, to gain clout.

This person lied about the fact that I had made cicada commit suicide. Cicada went around sharing screenshots of his apolagy letter and that He was going to commit suicide to make me look cold hearted?He had also blamed for breaking the friendship between him and Geli. Cause He exposed her privacy when no one asked to begin with. Starting to see there might be a pattern with this "friendship". There might have been more to it.

Eh this person just liked pointing fingers too, All because Eorlingas decided to tell her We were together, so she kinda accused me of being a whore at some point for flirting with someone she "knew" very well.

This person called me a roach cause Idk I guess Cicada had told them something that offended them?? Well this person just tagged along with everyone else cause cicada cropped out conversations and made them out of context cause I was offending him and his friend (Vatergeist)?? With 0 validation. Pappy chose to blame the victim and not the accuser.

This person tried to Doxx my address for no reason and sent out my IP adress to admin because apparently I was harrassing a few individuals? (Cicada) Apparently some others too. He said he was never apart of the problem but added on to it anyways and chose who to believe. He could've even told the rest of the group my real name.

They just tagged along. But yes they also slut shamed me. But also everytime I made a new account theyd try to be my friend again to call me out with my old username.

I tried telling some of them what cicada did they took me for a fool and ignored me then used it agaisnt me to make me look like I was causing drama. Then harrassed me for it. Regardless this entire group chose to follow a predators words of something that wasnt their business to begin with. A bunch of hypocrites id say.

I was told by a few peeps on MD to remove the comments and move on cause this is dumb. This person just wants to start problems its best to ignore them and their childish games. If they choose to go around sexting minors then that falls on them. I have nothing to do with that. Like an admin once told me They aren't worth my time neither yours.

Why and where comments