IF YOU GET BANNED MORE THAN ONCE, THE LESS LIKELY YOU'LL GET MORE THAN ONE WARNING FOR ACTING UP.

All drawings © VATERGEIST. Variations and MultiDraws © by their respective contributors.

you only changed the fucking Lobby into a side room so you could ban whoever disagreed with you, we're not fucking stupid, everyone hates it just change it back!

Tyranny folks, I drew one penis as a joke and got banned, didnt even read my explanation as to why I should be allowed in for being on here THREE FUCKING YEARS, he's gonna delete this comment I bet, just because of tyranny, i'm kinda pissed, but i'm gonna make a second lobby, so anyone who wants to can join with no fear of being banned, I miss you when you were as powerless as the rest of us Vater, I miss you when you were nobody but the dweeby killjoy, we miss you Vater. 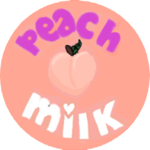 Have been giving feedback to

Have been giving feedback to the admin, got frustrated and askedabout being admin. Later he said he'd let me know if a position opens. After bothering him about troublesome users (Sorry, Phil), he came and asked if I still wanted it and i accepted. He's wanted to do this for a While. Right now we're working out bugs...

vater.. first of all WHY DID U BECOME ADMIN ALL OF THE SUDDEN- 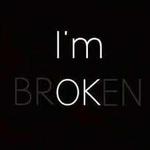 VATER WHAT DID U DO TO THE LOBBY

For the mobile users having issues, I suggested that they remove the playback feature, as it causes a lot of space on the server. Causes the board to load slowly.

Also: clear every once in a while. the more clogged the board is the longer it loads.

A while ago, I asked the admin to ban a select users. I also asked about being an admin, as he seemed to be absent (theres a huge time difference between america and where he lives). He said someday he planned on axing the lobby as is, and making it a drawing room, and a main room that just shows who‘s on and where.

Flash foreward: after many times reporting Certain Users, he messaged me today (23.9), asking if I was interested in becoming an admin. I said yes. I was planning on everything being the same, I would just have the ability to kick. But it‘s ok. I inherited the lobby, and the url to go with it.

Some mobile functionality issues, and issues with loading need to be fixed. It will happen in time.

Hopefully as we get used to it, we‘ll like the new setup. I like being able to draw and chat with my friends, and hope these next updates continue to serve us well!

vater what did you do to multidraw

Happily single and 23. get rekt 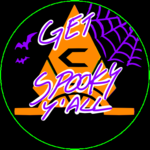 I should stop drinking im too young...