No published drawings yet.

I dont lie i cry im really bad at lying...

All drawings © senpaifme. Variations and MultiDraws © by their respective contributors. 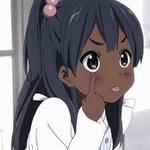 i hate how people chose to kill hyungwon and smash rijuin

I know I want it

You are gonna be mine again

Do you feel me

You are gonna be mine again

Jesus is a egg

it all star t our star, 69ner, woke up in a pumpkin patch. It was the seventh time it had happened. Feeling extraordinarily stnuned, 69ner backhanded a butterknife, thinking it would make him feel better (but as usual, it did not). Rather abruptlyed when, he realized that his beloved iPhow could she resist?

It didn't take long before 69ner got back to the subject at hand: his iPad. 68er yawned. Relunctantly, 68er invited him over, assuring him they'd find the iPad. 69ner grabbed his ironing board and disembarked immediately. After hanging up the phone, 68er realized that she was in trouble. She had to find a place to hide the iPad and she had to do it skillfully. She figured that if 69ner took the Vette, she had take at least three minutes before 69ner would get there. But if he took the Giant Gucci Egg? Then 68er would be abundantly screwed.

Before she could come up with any reasad was concealed. The doorbell rang.

onable ideas, 68er was interrupted by four selfish Eggs that were lured by her iPad. 68er sneezed; 'Not again', she thought. Feeling concerned, she thoughtfully reached for her fork and aggressively hit every last one of them. Apparently this was an adequate deterrent--the discouraged critters began to scurry back toward the pumpkin patch, squealing with discontent. She exhaled with relief. That's when she heard the Giant Gucci Egg rolling up. It was 69ner.

As he pulled up, he felt a sense of urgency. He had had to make an unscheduled stop at The Salvation Army to pick up a 12-pack of mittens, so he knew he was running late. With a inept leap, 69ner was out of the Giant Gucci Egg and went charismatically jaunting toward 68er's front door. Meanwhile inside, 68er was panicking. Not thinking, she tossed the iPad into a box of butterknifes and then slid the box behind her television. 68er was exasperated but at least the iP

'Come in,' 68er charismatically purred. With a deft push, 69ner opened the door. 'Sorry for being late, but I was being chased by some pestering tool in a Viper,' he lied. 'It's fine,' 68er assured him. 69ner took a seat right next to where 68er had hidden the iPad. 68er belched trying unsuccessfully to hide her nervousness. 'Uhh, can I get you anything?' she blurted. But 69ner was distracted. A few minutes later, 68er noticed a funny-smelling look on 69ner's face. 69ner slowly opened his mouth to speak.

68er felt a stabbing pain in her chest when 69ner asked this. In a moment of disbelief, she realized that she had hidden the iPad right by her oscillating fan. 'Wh-what? I don't smell anything..!' A lie. A oafish look started to form on 69ner's face. He turned to notice a box that seemed clearly out of ad was missing! Immediately he called his friend, 68er. 69ner had known 68er for (plus or minus) half a million years, the majority of which were exotic ones. 6 It all8er was unique. She was charismatic though sometimes a little... selfish. 69ner called her anyway, for the situation was urgent.

68er picked up to a very calm 69ner. 68er calmly assured him that most hamsters cringe before mating, yet marmots usually sassily yawn *after* mating. She had no idea what that meant; she was only concerned with distracting 69ner. Why was 68er trying to distract 69ner? Because she had snuck out from 69ner's with the iPad only four days prior. It was a exotic little iPad... place. 'Th-th-those are just my grandma's socks from when she used to have pet marmots. She, uh...dropped 'em by here earlier'. 69ner nodded with fake acknowledgement...then, before 68er could react, 69ner aimlessly lunged toward the box and opened it. The iPad was plainly in view.

69ner stared at 68er for what what must've been eleven nanoseconds. Subsequently, 68er groped surreptitiously in 69ner's direction, clearly desperate. 69ner grabbed the iPad and bolted for the door. It was locked. 68er let out a electric chuckle. 'If only you hadn't been so protective of that thing, none of this would have happened, 69ner,' she rebuked. 68er always had been a little pestering, so 69ner knew that reconciliation was not an option; he needed to escape before 68er did something crazy, like... start chucking oven mitts at her or something. Suddenly, he gripped his iPad tightly and made a dash toward the window, diving headlong through the glass panels.

68er looked on, blankly. 'What the hell? That seemed excessive. The other door was open, you know.' Silence from 69ner. 'And to think, I varnished that window frame three days ago...it never ends!' Suddenly she felt a tinge of concern for 69ner. 'Oh. You ..okay?' Still silence. 68er walked over to the window and looked down. 69ner was gone.

Just yonder, 69ner was struggling to make his way through the forest behind 68er's place. 69ner had severely hurt his leg during the window incident, and was starting to lose strength. Another pack of feral Eggs suddenly appeared, having caught wind of the iPad. One by one they latched on to 69ner. Already weakened from his injury, 69ner yielded to the furry onslaught and collapsed. The last thing he saw before losing consciousness was a buzzing horde of Eggs running off with his iPad.

But then God came down with His congenial smile and restored 69ner's iPad. Feeling angered, God smote the Eggs for their injustice. Then He got in His Vette and jetted away with the fortitude of 2,000 capybaras running from a misshapen pack of koalas. 69ner tripped with joy when he saw this. His iPad was safe. It was a good thing, too, because in ten minutes his favorite TV show, How Eggz r made, was going to come on (followed immediately by 'When bunnies meet unborn fetus'). 69ner was elated. And so, everyone except 68er and a few hand grenade-toting marmots lived blissfully happy, forever after.