Hot in this category

i saw dis pic on googel images!!!! i saved

this is an archive of art I made as a child I am now an artist in my 20s. This platform helped me to be the artist I am today and I’m so grateful for it

Humor is a complex phenomenon There is no general theory of humor or even an agreed definition In todays fast paced and stressful lifes,it is important to seek some sort of entertainment or stressbuster.Hindi jokes are an easy way of releving Stress.

i have a poster in my room with this photo.. u did it very well!

..i apreciated so much that u said that u have found it on internet ..some ppl here draw picture copied from a photo on internet : i think that a pic must be invented(i sometimes look at some photos on internet,but only to see how to draw some parts of ,for example, a dog,maybe his eye,his tail..not all the photo) and if u want to copy a photo you must say it, beacause is not your idea,you can be very good at copying but it's not ur idea .... sry for my english, i hope u understand what i want to say ..i see al lot of people that take credit of a cool and original picture copied on internet without saying they copied it-.-.. u are not one of these fortunately 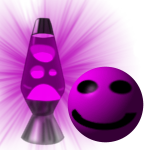 It's a lot easier t draw

It's a lot easier t draw watching a finished work. Creating something out of your mind can't really give very realistic results, as there's too many details you forget about

That's why I like to draw simple cartoons... though they aren't really impressive

I will live forever or die trying.

yes but i think that someone(who do realistic pic) is really good at drawing when he can draw something with all the detail,something very realistic without seeing anything...to copy something isn't easy, you must be good also for doing it...but i only copy photos to improve my drawing,to learn,to learn the details,i also look my cats or my dogs... i prefer here in queeky not to copy,infact you can see that all of my pic are created.. that's what i think

thank you for reply

Have a wonderful day!

Hey is this Gibson??? I love Great danes.

If absolutely nessasery I will cook and eat Chaka. 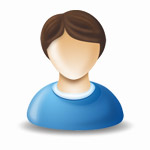 To be fair; this isn't my idea. I found the picture on the internet and thought it was cool so I decided to draw it.

Here's the link to original: http://i16.tinypic.com/6aznfbq.jpg

I will live forever or die trying.

omg this is cool ! very