Hot in this category 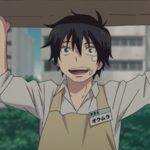 Rar: They're far too

Andrea: *clinches fists* I was in a huge bomb explosion when I was 11, I can handle it! I would sacrifice for my one and only trusted friend!

Andrea: *she helps him get

Rar: They're able to shape

Rar: They're able to shape shift their limbs or entire bodies into any destructive device they choose, rather long story...short version is they were involved in a project the same as me, only i was defective er...the abilities haven't awoken in me yet and i was sent to be killed off, only i escaped long ago. *sighs and lets a few silence pass* They have come to finish off the job. Only few remain after the project. those who remain are used as tools for war and destruction upon the massives.